In 2009, BRP Founder and Executive Director decided to travel down to the Dominican Republic to begin working on her Masters of Architecture Thesis project. It was a decade ago that she visited the Batey communities for the very first time and fell in love with the culture, people and built environment. It was her intentions to create spaces that could truly represent the home for some of the poorest families in the western hemisphere.

Upon completing her Masters degree in Architecture, Katie found herself unable to secure a job within her career due to the economy collapse. After working for a few months as a waitress in Orlando, she decided she has to do something. She called a professor from SCAD, a women who had become an incredible mentor to Katie over the years. She asked Katie to think back to when she was happy, focused and passionate about life and her career. By the end of that same day, she had emailed every contact she had met in the Dominican Republic and was determined to find a way back. Within a few weeks, Katie had secured a missionary position for a local organization who was looking for a maintenance manager for their two communities. Packing her life into two suitcases and leaving behind nothing but boxes in storage, she embarked upon this new adventure.

People ask me about how and why I decided to pack up my entire life and move to the Dominican Republic in 2011 to become a missionary and live in a Batey and to be honest my reply is, I really don't know. Thinking back on this decision, I had no plan, I had no beliefs, I was not a Christian, and I had no idea what lay ahead as I moved my life to a foreign country. I remember crying for the first two weeks, but I found myself, the real me, within the wreckage of what I uncovered in these communities."

After a few months of living in Batey Bombita, Katie had not only formed friendships with her co-workers, but she was truly happy in her work and her life. It was one summer night in June of 2012 that she and her co-workers decided to head to Santo Domingo (the Capital) to dance the night away at a Calvin Harris concert. That night the concert was hours late and she joked with a co-worker to introduce to a tall handsome guy standing about 500 ft away. Not knowing her daring friend, she walked right up and introduced herself. Katie, in shock followed behind and soon found herself chatting to her now husband Jonathan. That night they danced to one of their favorite DJs and exchanged BB Messenger pins at the end of the night. From that day one, Katie and Jonathan spoke every single day, building a friendship, that quickly grew into love.

Jonathan had never been to the south of the country before and when he decided to visit Katie for the first time, he fell in love with the Bateyes and the concept of being to help the poorest population of his own people. He had never seen poverty like that in his own country. Jonathan's love of his country and passion to help his own people, combined with Katie's skills and passion for the Bateyes created the perfect chemistry for the birth of an organization. BRP was founded upon love, family, passion and purpose. As Katie and Jonathan started their lives together, they founded an organization that would do so much more than they ever imagined, and would inspire others to help in ways that have never been done before in the Dominican Republic.

The story of our founders began with LOVE, upon which BRP was founded and remains grounded in today.

Until then, there are three things that remain: faith, hope, and LOVE - yet love surpasses them all. So above all else, let love be the beautiful prize for which you run.
​
Corinthians 13:13 (TPT) 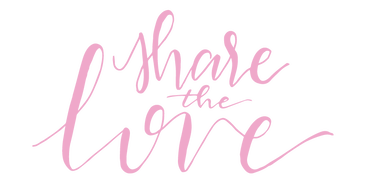